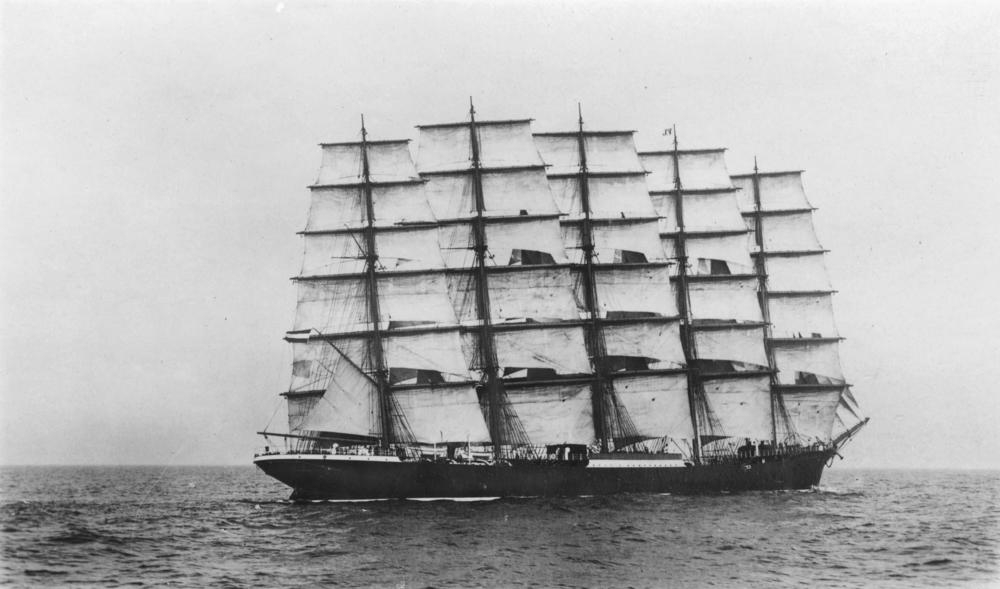 Built in 1902, The Preußen (usually Preussen in English) was the first five-masted tall ship ever built. It was a German steel-hulled windjammer built in 1902 for the F. Laeisz shipping company and named after the German state and kingdom of Prussia. It was the only ship of this class with five masts carrying six sails on each mast within the world merchant fleet. (Until the Swedish sail cruise liner Royal Clipper was launched in 2000!). Its hull length was 433′ (132 m) and carried 47 sails…There were other five masters, but none of them by definition was a tall ship. 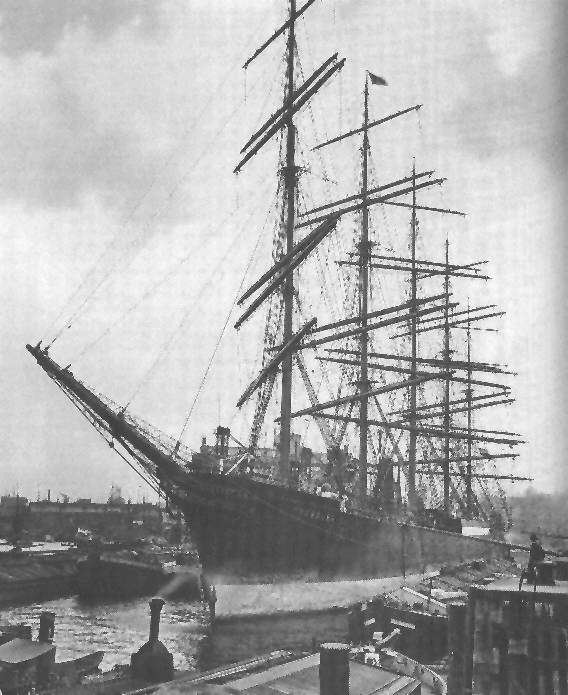 The sturdily built ship could weather nearly any storm and even tack in force 9 winds. In such conditions eight men had to hold the 6 1⁄2-foot-tall double steering wheel. She was successfully used in the saltpeter trade between Germany and Chile, setting speed records in the process. Under good conditions, the ship could reach a speed of 20 knots (37 km/h). Her best 24-hour runs were 392 nm in 1908 on her voyage to Japan and 426 nm in 1904 in the South Pacific. Due to her appearance, uniqueness, and excellent sailing characteristics sailors called her the “Queen of the Queens of the Seas”. In early 1903, she sailed an unequalled record voyage from Lizard Point to Iquique in 57 days.

In 1910, just 8 years after her launch, she sunk in the English Channel due to damage from a collision with a small cross-channel steamer, ‘Brighton‘. Contrary to regulations, Brighton had tried to cross her bows, underestimating her high speed of 16 knots. Legend has it the skipper said: “a sailboat can’t go that fast” – after which the two collided. The Master of Brighton was found to be responsible for the accident and lost his licence as a result.

Preussen was seriously damaged and lost much of her forward rigging, making it impossible to steer the ship to safety. Brighton returned to Newhaven to summon aid and the tug Alert was sent to assist Preussen. A November gale thwarted attempts to sail or tug her to safety in Dover Harbour. It was intended to anchor her off Dover but both anchor chains broke and Preussen was driven onto rocks at Crab Bay where she sank because of the damage inflicted on her. While crew, cargo and some equipment could be saved from Preussen, with the keel broken she was rendered unsalvageable. 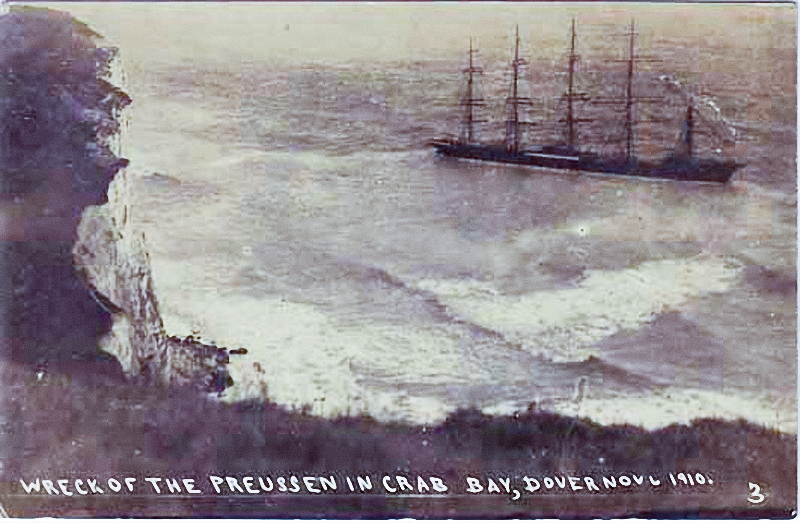 Today, just a few odd ribs of Preussen can be seen off Crab Bay at a low spring tide. A sad end to an iconic ship, that due to her record setting ability and uniqueness may well have been around even today, had her speed not played a part in her downfall… 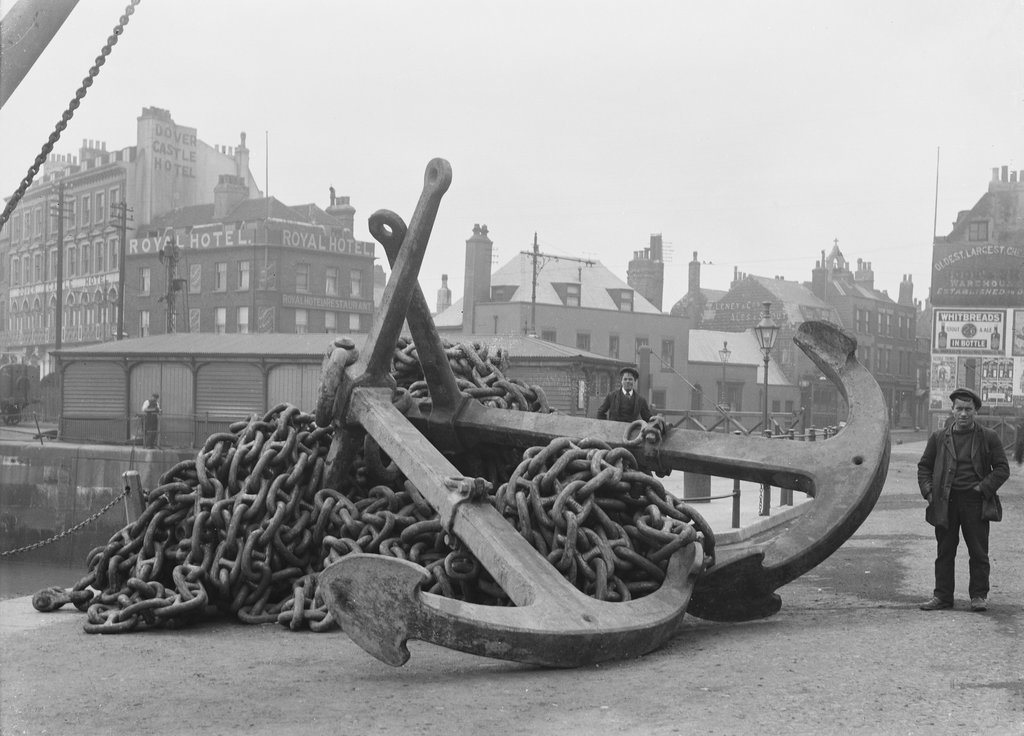