Following the fatal accident on board the sailing yacht CV30 in the Indian Ocean on 18 November 2017, the MAIB issued SAFETY BULLETIN 1/2018, issued by Steve Clinch Chief Inspector of Marine Accidents re. safety harness tethers

The Marine Accident Investigation Branch is carrying out an investigation into the fatal man overboard accident on board the commercial sailing yacht CV30, which was taking part in the Clipper Round the World Yacht Race. The safety issue raised in this safety bulletin highlights just one of potentially several factors that contributed to this tragic accident. The MAIB will publish a full report, including all identified contributing factors, on completion of the investigation.

This bulletin is also available on the website: www.gov.uk/maib 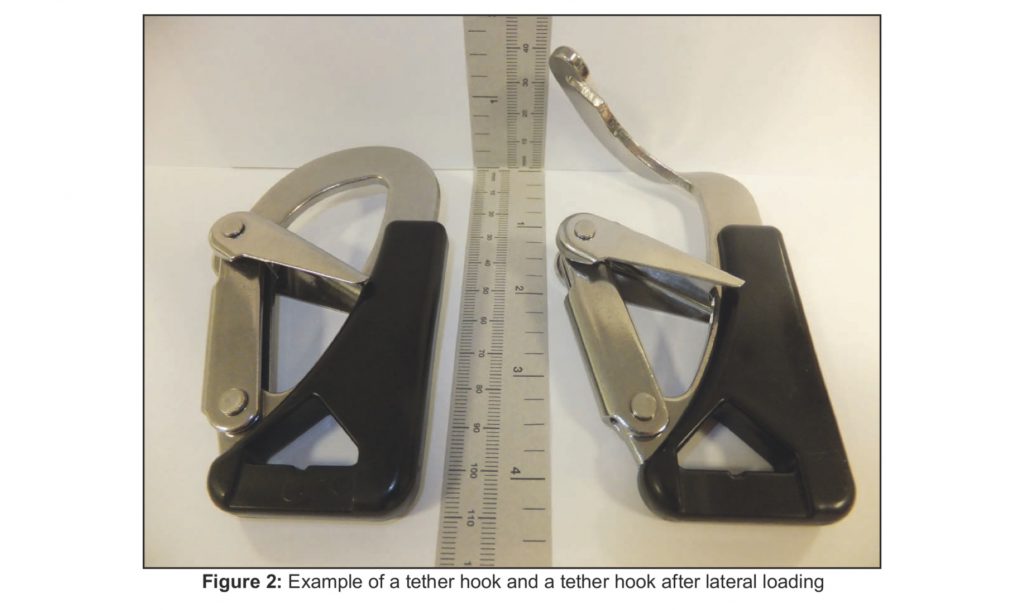 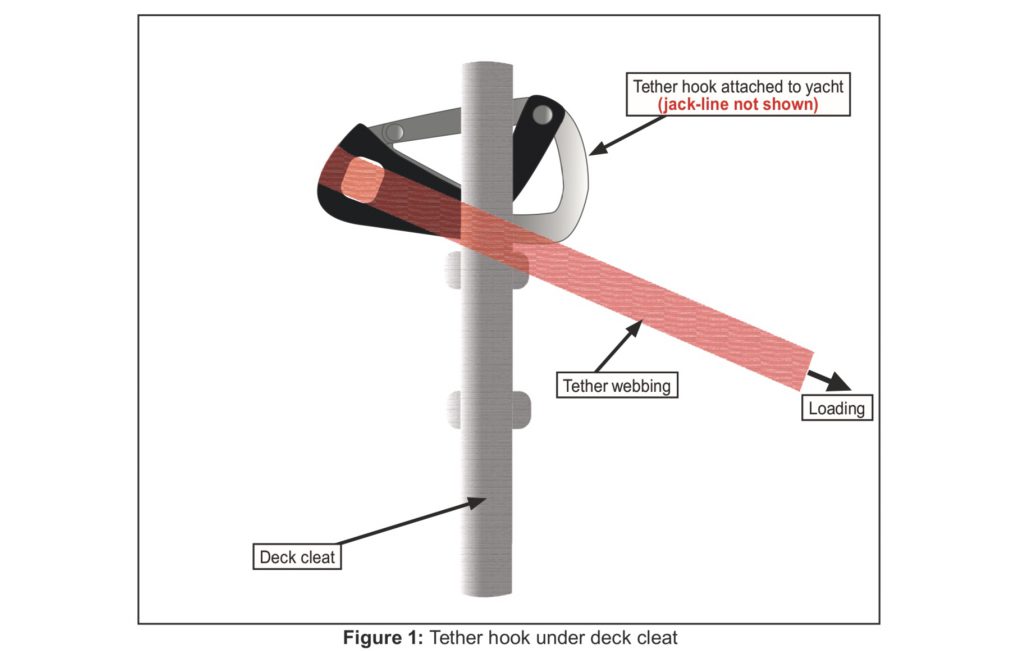 BACKGROUND
The sailing yacht CV30 was taking part in the third leg of the Clipper Round the World Yacht Race having left Cape Town on 31 October 2017 bound for Fremantle, Western Australia. At about 1414 local time on 18 November 2017, the yacht was in position 42°30.3’S, 087°36.3’E, approximately 1500nm from Fremantle, when a crew member, Simon Speirs, fell overboard. He was attached to the yacht by his safety harness tether. The hook at the end of the tether that was clipped to a jack-line, deformed and released resulting in him becoming separated from the yacht. Simon Speirs was recovered unconscious onto the yacht but sadly could not be resuscitated.

INITIAL FINDINGS
Simon Speirs was using a three-point webbing tether attached to the integral harness of his lifejacket that allowed him to clip on to the yacht with a short or long tether. A safety issue identified during the investigation was that the hook on the end of Mr Speirs’ tether had become caught under a deck cleat (see Figure 1), resulting in a lateral loading that was sufficient to cause the hook to distort (see Figure 2) and eventually release. The harness tether was certified under ISO12401 (Small craft – Deck safety harness and safety line – Safety requirements and test methods), which is the international standard applicable to this equipment. The standard contains detailed testing requirements that assume the tether and its hooks will be loaded longitudinally rather than laterally. The tether hook was of a conventional design and quality of build, and was commonly used by manufacturers of safety harnesses and tethers that were certified under ISO12401. When loaded longitudinally, the tether can withstand a load of over 1 tonne. However, when loaded laterally a tether hook will deform at much less load. It is important that tether hooks remain clear of obstructions and are free to rotate to align the load longitudinally.

SAFETY LESSON
To prevent the strength of a safety harness tether becoming compromised in-service due to lateral loading on the tether hook, the method used to anchor the end of the tether to the vessel should be arranged to ensure that the tether hook cannot become entangled with deck fittings or other equipment.