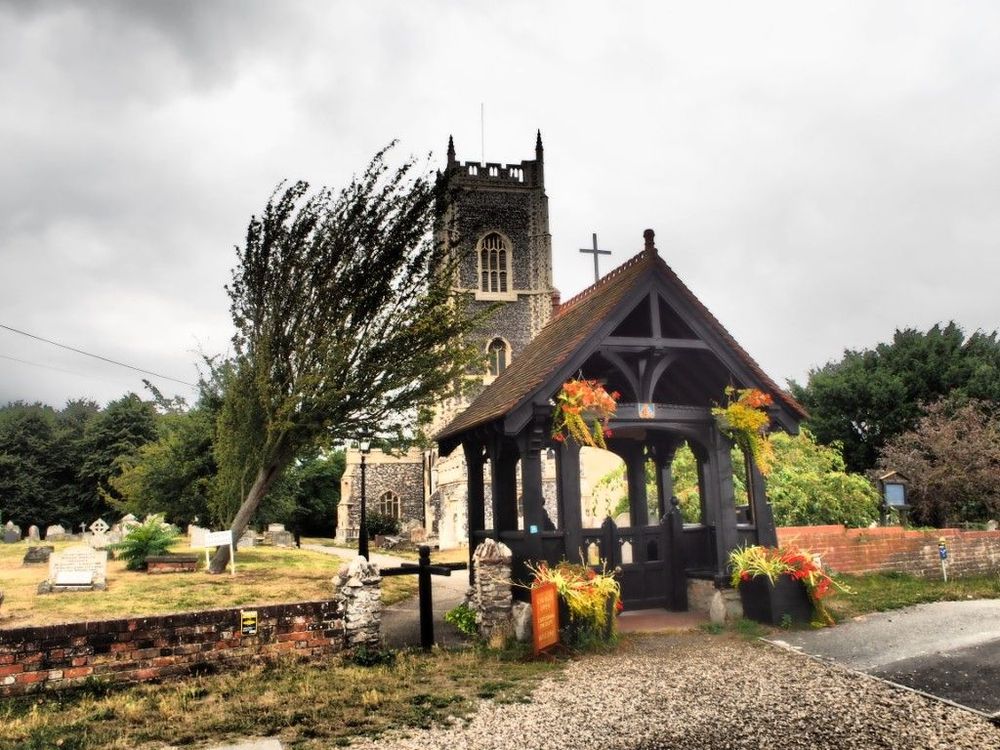 Brightlingsea’s connection with the sea is not just illustrated by shipbuilding or sailing. All Saints Church, parts of which date to the 13th century and situated just outside the town contains unique memorials to parishioners who have lost their lives at sea – 213 memorial tiles, to be exact. Each tile placed in a frieze which runs around the nave wall.

The tiles were started by the Reverend Arthur Pertwee, who was particularly concerned with the welfare of the sailors and fishermen. He served Brightlingsea for 50 years, from 1872-1912 and even in his old age was well known for rushing to the church and climbing the tower to raise a light to guide fishermen safely home in a storm. In March 1883, however, there was a terrible storm in the North Sea and he was shocked to hear of the loss of over 200 sailors across the counties that bordered the North Sea – and 36 of them were from his own parish of Brightlingsea.

Reverend Pertwee decided that a tile should be made in memory of each one of his parishioners lost at sea. Not just for that tragic event in March but right back to 1872, when he had begun his incumbency at All Saints Church. The first tile is dedicated to William Day and his son, David. The ship they were working on went down off the coast of Hartlepool. At first these tiles were limited to mariners by occupation, but this eventually changed to include anyone from Brightlingsea who lost their lives at sea. Hence, you can see a tile commemorating Sidney Siebert, who was not a fisherman but was lost in the wreck of the Titanic in 1912. There are now over 212 tiles, each unique, each telling a story of tragic loss but leaving an enduring memory. It’s a reminder of how closely the people of Brightlingsea have historically been tied to the sea. The last tile is dated 1988 and is dedicated to David E. Clifford who lost his life while on duty on the M.V. Union Jupiter.

Reverend Pertwee’s idea was supported by the churchwardens, and then continued by their successors. The number of new tiles has reduced decade by decade, due to improvements in safety at sea and boat design but the tiles will always remain as tribute to not only those Brightlingsea men and women lost at sea but one man who dedicated his life to caring for and remembering his seafaring parishioners.